The button is an essential element of any design. It's meant to look and behave as an interactive element of your page.

The .button class can be used on:

The button comes in 4 different sizes:

While the default size is the normal one, the is-normal modifier exists in case you need to reset the button to its normal size.

You can change the size of multiple buttons at once by wrapping them in a .buttons parent, and applying one of 3 modifiers:

You can change the size of only a subset of buttons by simply applying a modifier class to them.
For example, if you want all buttons to be small but still have one in its normal size, simply do the following:

Inverted (the text color becomes the background color, and vice-versa)

Since the loading spinner is implemented using the :after pseudo-element, it is not supported by the <input type="submit"> element. Consider using <button type="submit"> instead.

You can create a non-interactive button by using the is-static modifier. This is useful to align a text label with an input, for example when using form addons.

The is-disabled CSS class has been deprecated in favor of the disabled HTML attribute. Learn more

If you want to group buttons together on a single line, use the is-grouped modifier on the field container:

If you want to use buttons as addons, use the has-addons modifier on the field container:

You can group together addons as well:

You can now create a list of buttons with the .buttons container.

Save changes Save and continue Cancel

If the list is very long, it will automatically wrap on multiple lines, while keeping all buttons evenly spaced.

You can attach buttons together with the .has-addons modifier.

Use the is-centered or the is-right modifiers to alter the alignment.

You can use any modifier class on each button to differentiate them. Make sure to add the is-selected modifier as well to make sure the selected button is above its siblings.

While this list of buttons style can be achieved with either field is-grouped or the new buttons class, there are a few differences:

Basically, if you only want a list of buttons, using buttons is recommended. If you need more control on the styling and the elements, use a form group.

This page is open source. Noticed a typo? Or something unclear?
Improve this page on GitHub 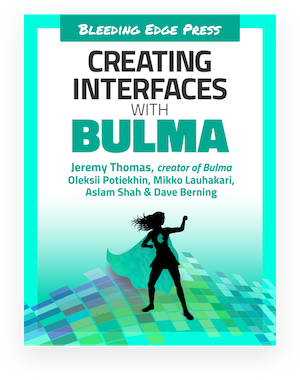